The Grand Daddy of them all turns 60! 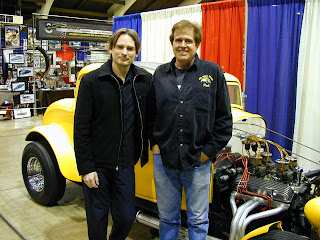 Man, that REALLY was an opportunity! And how many people can say, "Yeah, the Graffiti Coupe revved its motor at me to get out of the way." A one-time-only occurrance, and you were lucky enough to be in the way!

I met Paul some years ago at a World of Wheels show. I felt a little cheesy about the whole thing at the time, but I'm glad I did it. That's a great film, and it's pretty nice that car guys have one film that's so good you don't have to endure it, you can enjoy it.

I really need to make it out to the GNRS. Maybe I can arrange for a trip next year. I've done Bonneville, time to add another historic event/venue to my list.