Dept. of corrections and some reminiscing 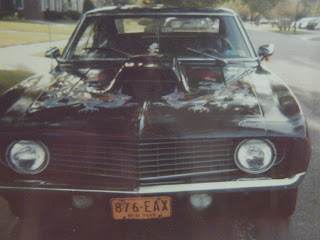 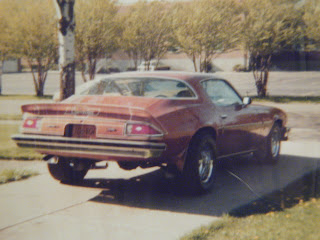 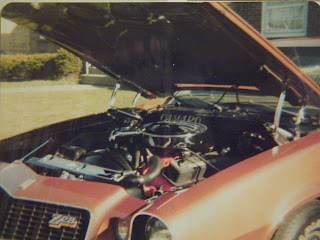 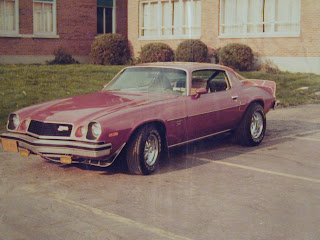 This is a perfect follow-up to the last blog. That Jag's paint had me thinking similar thoughts. I remember seeing paint jobs like that on vans in the parking lot of the local swimming pool.

When did the first high-concept graphics start appearing on vehicles, anyway?

That Chevelle has STANCE! Perfect selection of wheel and tire sizing. That's the way a good street machine should look. The '69 is a riot, and except for the dragon, I'd probably take the rest as is for my own garage. I even dig the scoop, sad as that may be. The later Z...those never did much for me, not that there's anything wrong with them. In high school those things were a dime a dozen, and most of the time were no more than a set of pipes and rims, maybe just a six under the hood at that. Although, to show how times have changed, I was in a coffee shop a couple weeks ago, and one rumbled by outside - nice, good paint, well cared for. I stopped talking to look at it. They used to be everywhere, and I wouldn't ever have spent hard-earned cash on one when the same money could by a '68 Satellite or a LeMans or anything slightly less common.

Now you have me thinking of my own collection of photos. One day back in high school I read a magazine article that basically was basically just the editors wandering around their neighborhood for a couple of days chasing down readily available stuff to see just what was at hand to the average person any day of the week. I went out that week and took pictures of every hot rod I could find within a 20 minute drive of my house. The result is a one-day peek at hot rods in the late 80s. I might have to do my own post on some of those.

Tom, I love these comments man! And I'd really love to see you post those photos from back in the day one way or another. I did a similar thing, that I may do a blog someday soon, when I went around a neighborhood I was staying in in So-Cal with a disposable camera. This was in like 2000-2001. A friend of mine back in Indiana didn't believe all of my stories about old cars laying around out there so he bought me the camera and challenged me to take as many pictures of cool old cars in an hour. I did, it only took like 20 minutes BTW, and it made him a believer. Again, I may have to make that a post someday too.

Glad you like the comments. I was afraid I was writing too much, but your posts have reminded me of some good stuff. By the way, I've been thinking about 396 Novas for a couple of days now after reading your post. Those are awesome machines: plain brown wrapper with a killer mill.

I will get those photos up on the biggearhead blog at some point in the near-ish future. I dug them up out of the basement, and there's one of a '70 GTO with almost no rust on it that was mere blocks from my house. I remember it finally went up for sale around 1988, and in running, driving condition the price was a grand. You couldn't touch it for less than probably 8K these days. I weep.

I also lived on Lowell Road around the same time. I remember a very cool 1964 AMC Rambler Classic 660 at a house just up from Frank's Field. Do you have any photos of the Rambler?

RowBear, I certainly do remember the Rambler you speak of. What a great car. I have tons of photos of it throughout its life and will do my best to post a few soon. One in particular that was taken the same week the car arrived parked in the front driveway looking absolutely brand new... because it nearly was. Thanks for signing on as a follower. You officially get the prize for best profile photos. My apologies to the others but who could argue?