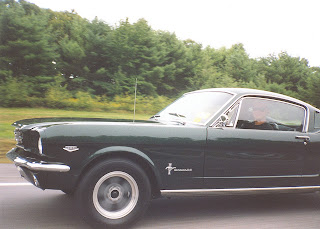 Five bits to the first bloke who knows the recording artist who I stole this post's title from...
Yes, it's all about time, and it often drives me out of my mind. But I don't think that has anything to do with what Bob Dylan was feeling when he named a record "Time out of mind..." , so I'll not try to co-opt any more of a connection than that.
Really, all I'm here to say is that I apologize to any and all who look forward to my miscellaneous ramblings that happen here nearly every week day. I've clearly been very lax this week and I can only just tell you the truth and say that other life happenings have been getting in the way. It happens to all of us I suppose- you wake up one day and realize you've simply taken on too much or are taking on too much. That's where I'm at. I've suddenly found myself trying to plan out the details of a motorsport event, be a touring musician who's rarely home, completely restore an old vehicle ( that resides at my home ), and be in the recording studio working on a new record with my boss...    all at the same time. I need at least two more of me to pull this off, and hopefully they can be improved versions. Of course, if they were a true improvement on the current product they wouldn't let themselves end up in a predicament like this. At least I'd hope not.
So, all that being said, I keep finding myself getting home at well past midnight, knowing I have to be up early, and realizing that I haven't checked in with a new post yet. Now, I know this doesn't pass for a post- I just wanted to let you know that I hadn't fallen asleep at the wheel and run into a snow plow again ( with worse results ). I'm as gung-ho as ever to scratch out some kind of motorsport daily rant, its just simply been a bad week. So bare with me and please try and stick around...  you never know when I may have to report on another instance of me trying to outrun a German engineered sports car with a 1960s drum braked American pony machine.
Stay 'tuned' !!!
Posted by Steelworks at 5:00 AM