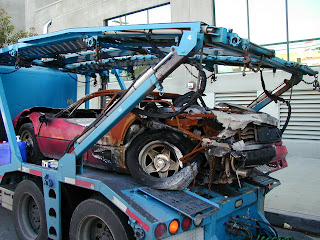 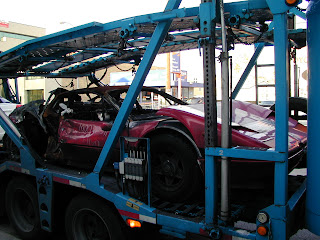 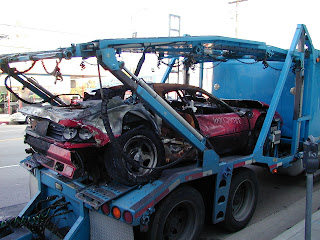 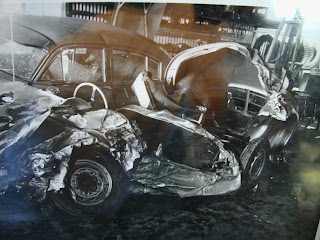 I reckon I'm not convinced the owner of that Ferrari did anything worse than own a Ferrari. I could easily imagine the fire coming first (in a Ferrari? Inconceivable!), and the damage coming as the car was shoved out of the way--or as the owner bailed from his flaming car.