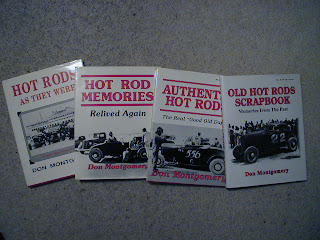 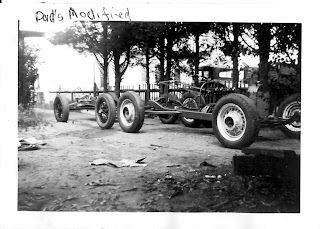 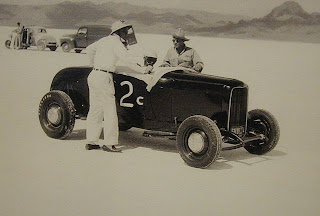 It is hard to believe how long it's been since the current traditional hot rod movement began in southern California. Some folks say it was as early as the late '80's, others point to between '91-'93. Either way, it has shown itself to have some serious legs, and I doubt it will ever fade. I say this somewhat because the movement is populated by a lot of folks who are young enough that it's the only scene they've ever known, and they seem to have an almost custodial attitude towards it, but mostly I think the beauty and simplicity of an early hot rod is something that is timeless and attractive to almost anyone.
To some it's easy to see what inspired this movement towards the traditional. If you went to any hot rod or street rod event in the late '80's, you would have found yourself in an ocean of neon-colored, mostly fiberglass, kit-car hot rods or street rods constructed from catalogue mail order parts. Now, the good news was that more people than ever were getting involved in hot rodding. The bad news was that hot rodding seemed to be losing its way and its soul. At that moment, history stepped up and repeated itself by assembling a youth movement to tell us that we were screwing up... and the traditional hot rod movement was reborn.
But how did these people know what to do? That to me is at least as interesting a question as why it happened. Somehow this younger generation stepped in and started building very similar (period correct) cars to ones built half a century earlier by another younger generation. And as everyone knows, to build a car that accurately represents a specific era of a specific scene from a very specific region of the globe takes a lot of research and understanding.
Did these kids all go to the Pomona swap meet every month and buy every period Rod and Custom, Hop-Up, and Hot Rod magazine they could find? Yeah, some of them probably did. Did they find out where the original hot rod pioneers were hanging out and go talk with them to find out about build techniques and what the right parts were to use? Well, fewer probably did that, but I know some who did. What I do know from having asked a lot of the guys who have been in it since the start of this re-birth is that one name comes up again and again... Don Montgomery.
It seems that one kid who was there and was part of the original southern California hot rod scene did as much to document it as he did to live it and, to our benefit, Don Montgomery decided in 1987 to publish a book of photographs that he'd taken of he and his friends and their hot rods. Done in a casual, scrapbook style, this wonderful book (which became a series) has very little, but very informative, text and truly gives you a feel for what the early days of hot rodding were like by showing the cars and the people in their natural habitat... not in a pose or mock-up photo shoot situation. These are shots from not just the dry lakes but of cruising, street racing, club outings and reliability runs. There are shots of light servicing and repairs going on roadside as well as great backyard engine swaps and full-on builds happening the way it only did then. And thanks to either his great record keeping, amazing memory, or both, almost every photograph is captioned in detail. It's no wonder these books have become the gold standard source of photographic research for the traditional hot rod builder.
I'm tempted to say it could probably be taken a step further, and a case could be made that these books may be responsible for actually inspiring some of this movement. Either way, we're lucky to have Don Montgomery's photo collections and first-hand knowledge out in the world and available to us... because if given the choice between seeing hot rods in neon or hot rods in black and white, I'm gonna have to go with good old black and white every time.
For help finding any of Don Montgomery's books on the early days of hot rodding check out the following...
www.amazon.com
www.autobooks-aerobooks.com
Posted by Steelworks at 5:00 AM