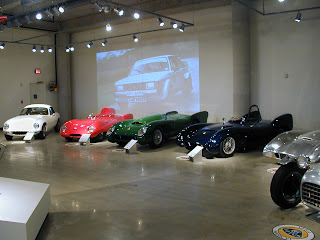 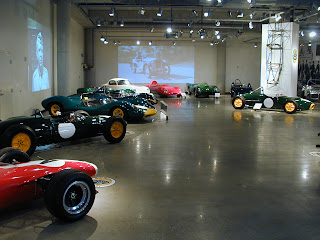 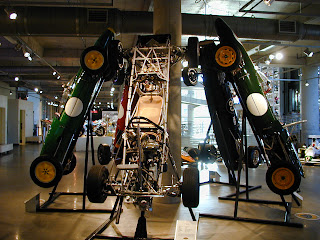 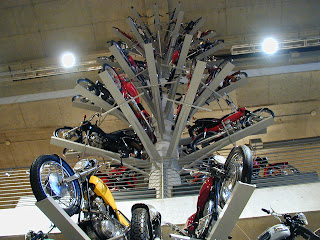 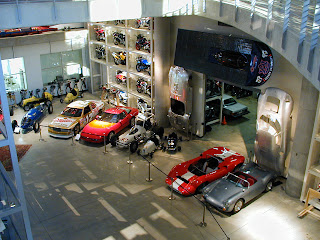 Welcome back and happy hump day. As promised I'm going to continue on with some great stuff courtesy of the fine folks at the Barber Museum in Birmingham. Speaking of the Barber folks, before we go any further I want to first tell you a little about the man responsible for it all... George Barber. This is a guy who knows his motorsports and, as you can see from his collection, has impeccable taste in vintage machinery. Now before you jump to any conclusions about this man being an armchair gear head you have to understand that George is first and foremost a white-knuckle racer from way back. He was involved in racing on a serious level by the early '60's, racing, modifying, and maintaining a string of racing Porsches, ultimately racking up an incredible 63 1st place finishes. Building on this success, Barber soon found himself in the big leagues co-driving with such legends as "Peter Perfect" Peter Gregg at both the 12 hours of Sebring and the 24 hours of Daytona in a Porsche 904. His racing days would soon be put on hold though as his fast growing dairy business was in need of his complete attention.
Fortunately for all of us fellow gear heads, his ability to turn a profit ultimately became our profit in the form of this, as George Barber once envisioned aloud,"The Augusta of racetracks". In a way I find a lot of Barber's philosophy similar to comedian and collector Jay Leno's in that Barber has said,"The race track feeds the museum" much like Leno has said doing his standup keeps him in his cars. Whatever the case, I'm glad guys like this collect, preserve, and exercise these old machines and display them for the public to appreciate and learn about.
As I'm sure you've noticed by now, George Barber is heavily into motorcycles from every era and style and that does make the collection quite bike heavy. Do take some time though to notice his great taste in four wheeled machinery as well. It's true that he does have nearly 1000 bikes on display, but the cars that are there, I believe, make up in importance what may seem lacking in numbers. Oh yes, and a bit of a "name that car" for the Ferraristas who have tuned in... I believe that the bare aluminum body hanging on the wall is a 250LM. Does anyone agree?
Posted by Steelworks at 5:05 AM