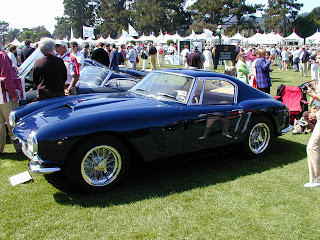 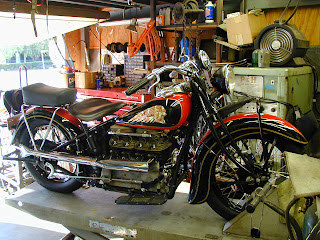 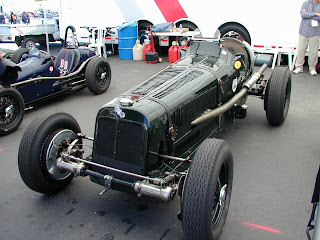 I know what you're going to think, that this kind of discussion is for you and your most like minded of gearhead friends to have during the closing hours at the pub. Well sure, it is that, but I was inspired to throw down the gauntlet on this one, here in the blog, for a number of reasons. First off,  I've found myself on tour in central Illinois and had planned to visit Mike Yager's Corvette collection in Effingham. Due to circumstances beyond my control, I wasn't able to make it but it did get me thinking about car collections and the process of amassing one. Second would be that the past few posts have been both a bit dreary and very hot rod heavy and my aim with this blog has always been to cover the entire range of vintage motorsport no matter what form it takes.
So, with all of that in mind, I began thinking back to all of the spirited debates and late night throw downs that I've had with friends on this subject of assembling the ultimate collection and how interesting it always is for me. Everyone has their favorite dream rides of course, but what really gives the conversation spark is how passionate the arguments for the inclusion of a particular choice oftentimes are. Of course it's the collectors choice to assemble a lot to his choosing and it's true that some of my favorite collections that I've walked through have had a distinct theme or leaning. The Barber collection would certainly fall into that category. Then again, some of the most interesting collections are ones that are all over the map.
So I guess the rules are that there are no rules, other than the following...  a list of the 25 machines that you would assemble if given the chance. I'm going with 25 as top ten lists are overdone and, even at 25, I'm sure most of us will just be scratching the surface. Feel free to get as specific as you'd like in description and don't be shy when stating your case for the significance of the vehicle whether it be historical or personal. So away we go. I look very forward to everyone's responses out there. Don't be shy folks, it's only the truest look into a car guy's soul! No pressure.
I suppose I'll go first. Oh, and these are in no particular order:
1) 1961 Ferrari 250 GT SWB
I think this is possibly the greatest looking, best proportioned, GT car from the golden era of sports car racing. I absolutely love this car from any angle and I don't think Ferrari made a better drive to the track, race it, and drive it home, closed car ever.  Every inch of the shape is so timeless that I believe it has been borrowed from more than any other design of the last nearly 50 years. And of course the sound and the look when driven in anger! A '61 because that's the year it took the Constructor's Championship and I'll take mine in Navy Blue with black inside thank you.
2) 1965 Shelby GT 350
I know, it would appear that right off the bat I'm doubling down as these cars, to me anyway,( don't faint when I say this Ferraristas ) have a lot in common. It really is the American SWB in a lot of ways. Same idea in shape, same class of racing car but done with more primitive mechanicals and a ton of American brute force. Another car that looks complete from any angle, was highly successful on the race track in its day, and has an awe inspiring sound. Just a gorgeous car, I can't say it enough. I owned a California black plate '65 Ivy Green fastback 4spd 3.50 geared hi-po 289 that rode on 5 spoke torque thrusts for several years. I drove it everyday, raced it, and still miss it. It may be the most enjoyable car, overall, that I'll ever own. Mid 14's in the quarter, 18mpg, as reliable as an anvil, and again, gorgeous, timeless styling.
3) Late 1930s Indian 4
As pre-war bikes go, these are the kings. Four cylinders right in a row, centered in the chassis. What a striking machine. I have a friend who has, I believe a '39, and has spent a lifetime around these bikes riding and restoring them. To see and hear these bikes in top condition and top tune is unforgettable. I'll take mine without the skirted fenders.
4) Mid '50s Norton Manx
While we're in bike world, here's one most folks would probably have to go with. A holy grail bike to many, surrounded by romantic stories of conquering all the great races of the day including the Isle of Man for which it was named. Would have to go with the mid-late'50s shorter stroke examples.
5) Pre-war B type ERA
It is nearly impossible to find a favorite in this class. Practically every European single seater race car from the 1930s is to die for. A stunning time for design, and mechanical advancements that were moving so fast it seems you can chart the progress from race to race. There is just something about the simplicity of the early ERAs that gets me, they look thrilling to drive and seem to request an almost dirt track style approach to cornering. Equipped with a 1.5 litre supercharged engine, they go down in history as one of the great giant killers of all time and remained competitive long after their day.
Alright folks, well that should get us started. My first 5. I'll admit that I had foolishly planned on posting all 25 from the down-beat. I should have known my internal editor was not up to the task of keeping me in check... I have a tendency to go on when it comes to stuff like this. I'll be feeding in the rest of my 25 throughout next week's posts. Until then, have a great weekend and I look forward to hearing from you with your 25 picks.
Posted by Steelworks at 5:00 AM