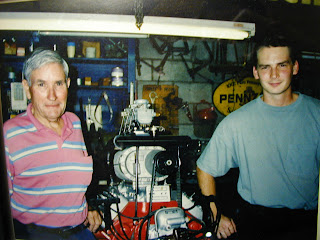 That is an outstanding story. "Outside is America".

We will miss Tom, he has been part of our life for more than 40 years, a car he restored for us in the 70's just won another Award, that's how good he is!
BMcB